We are pleased to be able to support the NHS. See comments from the NHS below. “Hope you’re well! Just wanted to pass on our thanks for being involved in our staff awards on Friday. We had an amazing time, and have had really fantastic feedback, both from many of the attendees on the night and from members of the public. Here’s a quick snippet of some of the feedback we’ve had through from attendees: “We had an amazing night – even better than last year!”  “It was brilliant to be recognised by the Health Board for our work – we had a brilliant time, thanks for hosting the awards.”  “I followed the evening on twitter/fbook…. it all looked so professional… better than anything NHS I’ve ever seen.  I know how much work is involved to make it happen – you and the team should be really proud. I thought it was so great to have companies involved supporting and contributing.”  “Our team had a brilliant time – even though we didn’t win it was great to hear some good news about the NHS.” We really appreciated your support. I’ve picked out a selection of images from the night at the bottom of this email, including some of the presentation of the award you sponsored, the New Ways of Working Award. It was won by our Macmillan gynaecological cancer nurse Sharon Manning, who introduced a new initiative to help women receiving palliative care live with the side effects of their treatment – a worthy winner I’m sure you would agree. You’re welcome to scroll through the whole set of almost 400 pictures – but hopefully the selection I’ve picked out give you a good sense of the evening! We’ve had a great response to the awards on social media in particular. On Twitter, our activity on the night resulted in 35,000 impressions on Twitter users, with a further 21,000 impressions on the following Saturday.  Tweets across the two days were re-tweeted more than 120 times in total, and earned more than 400 likes. On Facebook, posts from the awards night alone had a combined reach of approximately 107,000 Facebook accounts, with hundreds of likes, shares and comments. Alongside the awards we also held a raffle for Awyr Las – the North Wales NHS Charity. Almost £800 was raised on the evening to support dementia services across BCUHB. We’ll be sending out a press release about Sharon’s award win, including the quote you signed off last week. We’ll send on coverage we pick up from local news titles, and will tag you in social media posts linked to it as well. Thanks again!” Have a look at the latest images from the event. 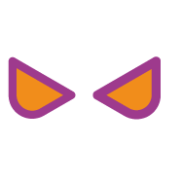